TRY ONE OF THESE SPECIAL PAGES

Recently, while visiting the Williamstown Wetlands, I paused to lean against the rail of a newly built observation deck. 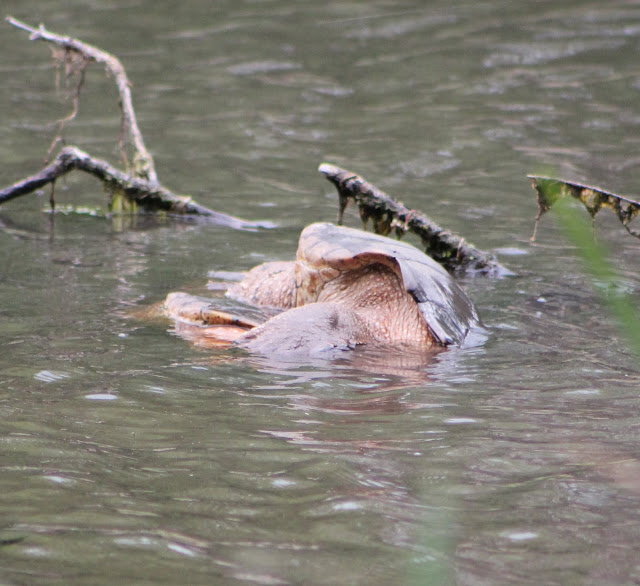 There, in the middle of the swamp was something that looked out of place. I used my camera to zoom in and saw the turtle.
No. Wait. Two turtles.  Two very large snapping turtles (Chelydra serpentina) 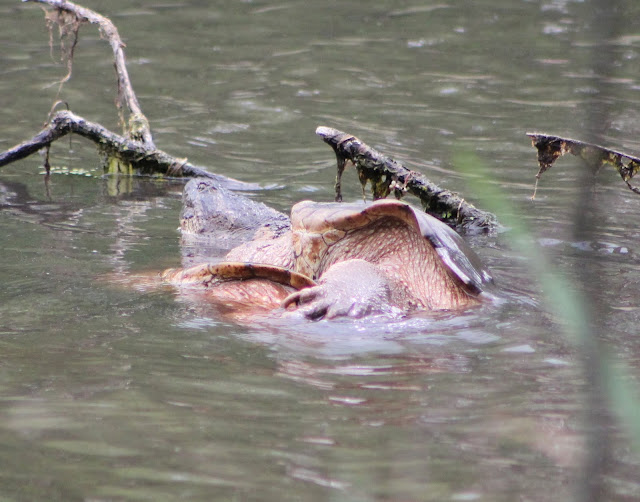 Do you remember the song, Muskrat Love? The song was originally titled Muskrat Candelight, written by Willis Alan Ramsey. In 1973, the band, America, sang the song, calling it Muskrat Love. It was a sweet song with a typical America sound. Then Captain and Tennile covered it in 1976 complete with synthesizer sounds that supposedly sonded like muskrats in the back seat of a car.  I once heard it called the worst number one song ever recorded.  I don’t know about that, but it did make me a little uncomfortable.  The worst part for you is that Captain and Tennile’s version should be the background music for this series of photos. (you hear it now, don’t you?) 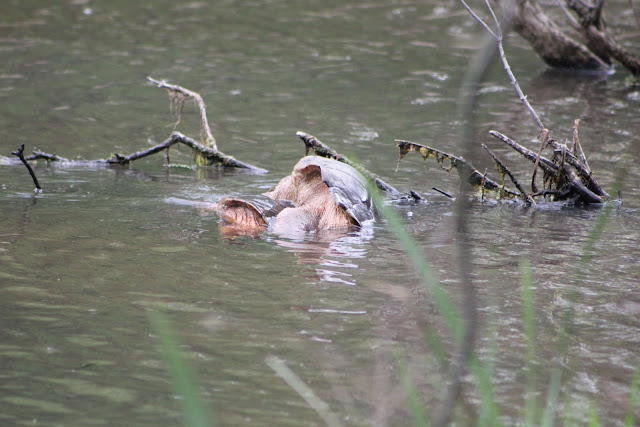 For half an hour I became a voyeur, gawking while the turtles did what turtles do in the spring if they want to have baby turtles. 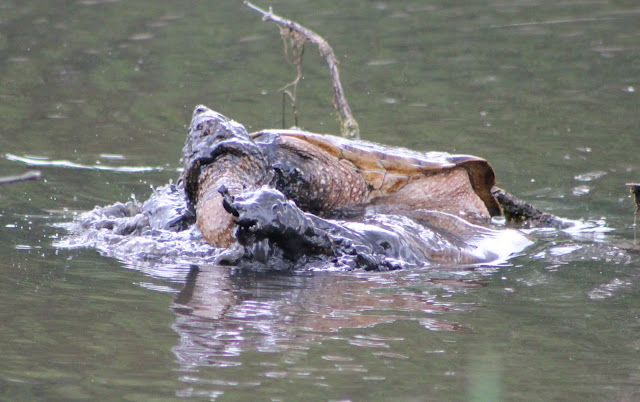 This wasn’t calm sweet love-making.  This was raucous, wild, entanglement. Two globulous masses tumbling through the water in a show not fit for an elementary school field trip.

Water roiled and splashed as the two held on for dear life sometimes taking a quick gasp of air.

At times I couldn’t tell what body part belonged to whom. 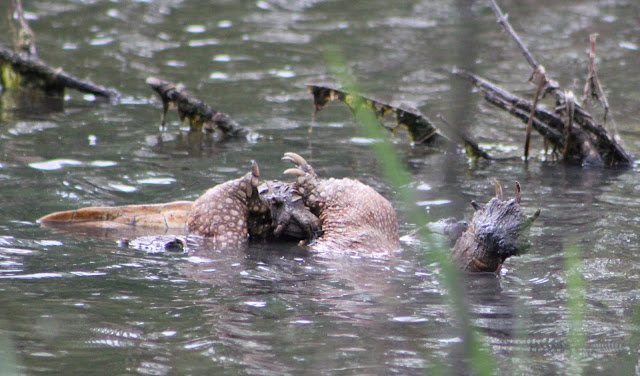 Imaginative and athletically nimble, these turtles changed positions constantly in an effort to connect despite water and shells that each were over about two-foot in diameter. 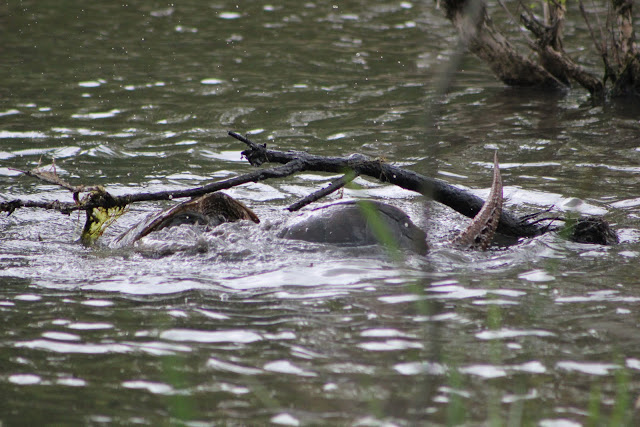 I was becoming exhausted just watching. 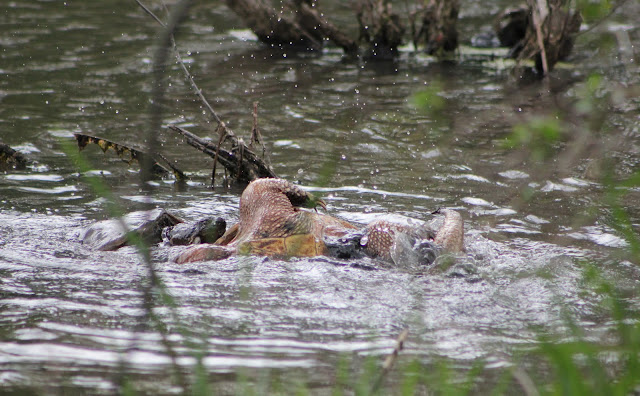 At times they disappeared completely with no sign but the waves flowing outward like mini-tsunamis as the massive lovers struggles with physics.

At times, the male seemed violent and rough

At other times, anxious to see just how long his date could hold her breath. 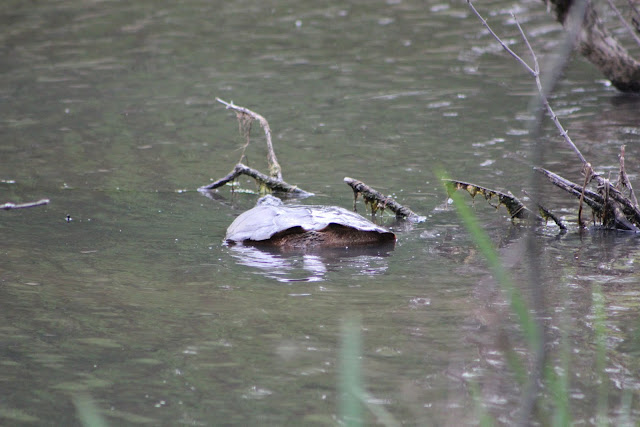 Still at other times, quite accommodating,

and even willing to cuddle in a calm embrace. 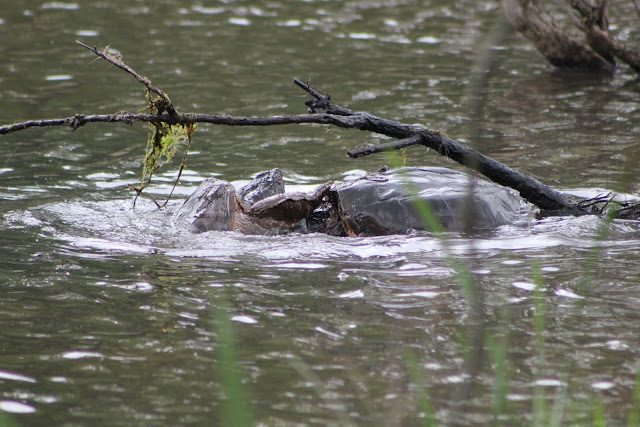 I walked away to see what some Canada geese were honking about, took some photos of tree swallows feeding nestlings in a bluebird box then came back.  Yes, the turtles were still at it.

They had worked their way toward a mud-stuck branch which was giving some interference . . . 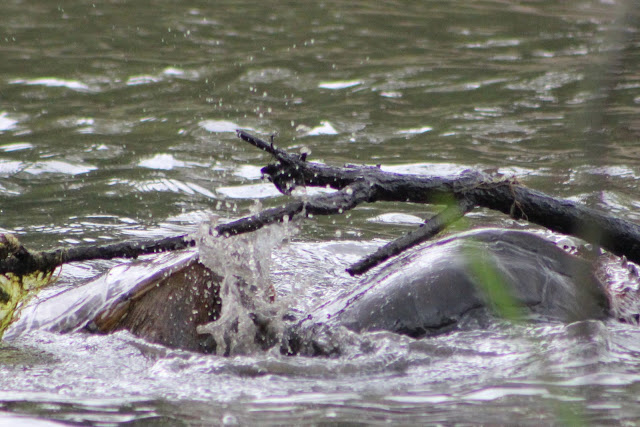 Posted by Nellie from Beyond My Garden at 5:20 PM

And how was your special dinner?

Nellie from Beyond My Garden said...

I had no idea it was such an ordeal. Amazing.

That was great! Off to take a cold shower....

these are amazing, glad you directed me here, these were before i started following you.

Do You See Me? 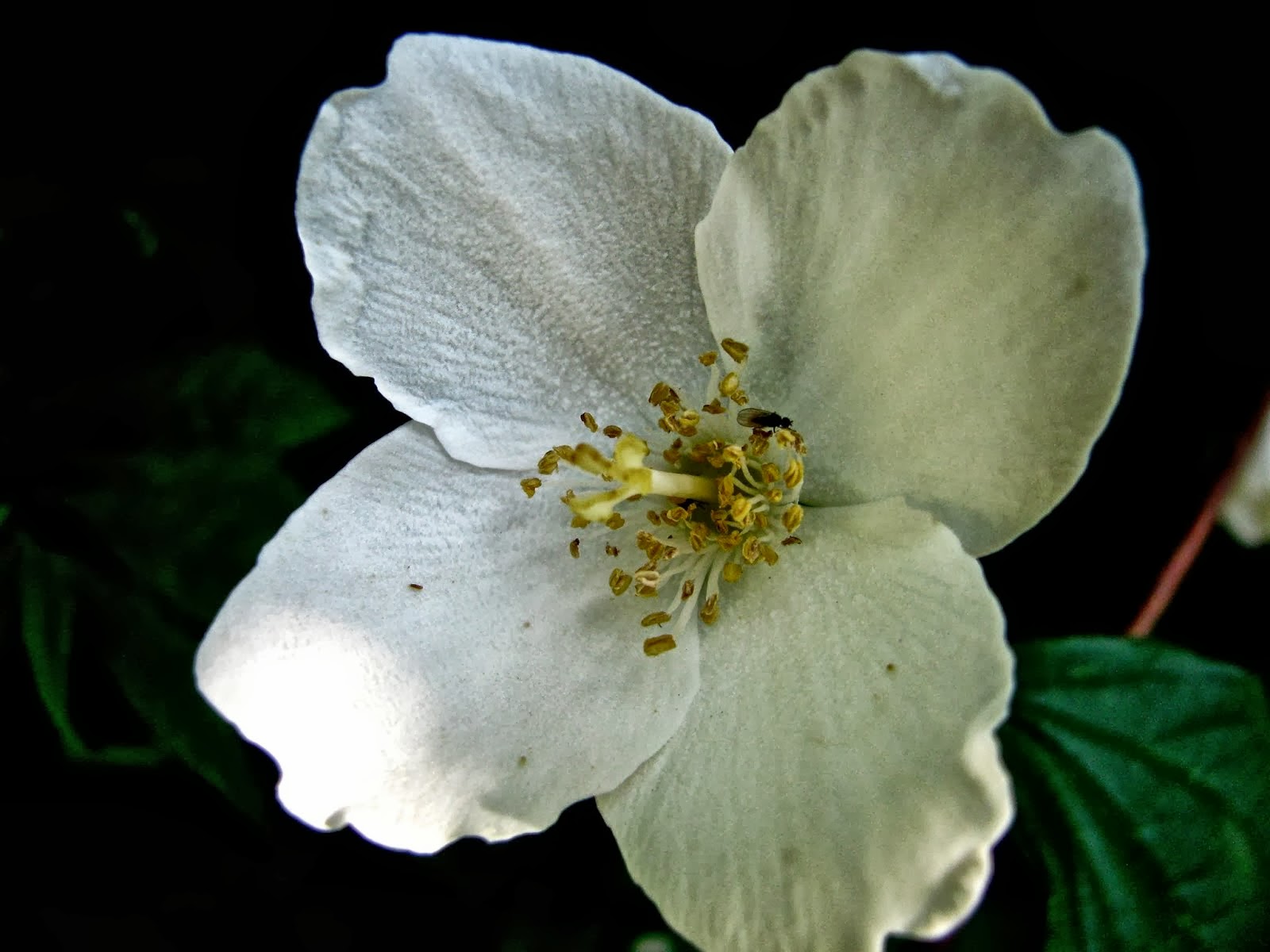 BEWARE! this could happen to you

Here's what people have liked the most

Like What You Read? Why not become a follower.